When you talk to Dexter to plan her training and competitions you can sense the great energy of this American woman who has lived a life overcoming challenges all over the world. From her you learn every day when you prepare and analyze her sessions: read her comments and all the illusion that she puts into each training is a wealth.

Her strength and determination makes possible to remain one of the references of the state of Idaho, specifically where she is living now: Coeur d’Alene, a beautiful area adorned by large forests with gigantic trees and lakes that draw mountainous landscapes worthy of being photographed.

When last week the date of the IRONMAN 70.3 of her city approached, the television asked her an interview to present her story. The journalist who was going to do the report confessed: “Dexter, last year I was also covering this competition and seeing you compete inspired me and thanks to that I decided to make a triathlon one day. And that day has arrived: on Sunday 24-June I will share the starting line with you. Thanks for changing my life”. Dexter said smiling: “what a wonderful little world”.

But the beginnings had nothing to do with triathlon. Moreover, this sport had not even been invented when she was already touring her hometown: Los Angeles, California. There her parents had a riding stable and Dexter grew up learning to love horses. In this way she united her innate competitive spirit to her favorite animal and began to compete in races between 50 and 100 miles (between 80 and 160 kilometers) in which she reached the third place at one of the most important national events: the American Endurance Race Conference in 1975.

“Competing with this type of races allowed me to unite my love for horses with the pleasant feeling of being active for long periods of time,” says Dexter, who once stopped riding Aladin, her favorite horse, began running on the same paths through which she trained with him. 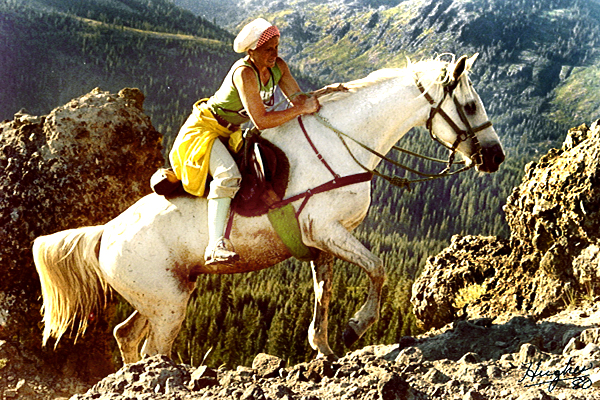 She met the triathlon in 1983 and seduced her in such a way that in the same year she competed for the first time in this sport and managed to finish third female overall. It is true that participation was scarce at that time, but that still gives more value to being part of that small group of women who dared with triathlon.

From the beginning she already knew of the existence of that mythical competition in Kona, the IRONMAN of Hawai’i, although she thought that she would never be able to prepare it. But Dexter, always competitive, focused on improving her swimming and cycling and thanks to that she took part in her first 70.3 (half the distance of IRONMAN). After finishing that competition, she thought: I know I can qualify for Kona. 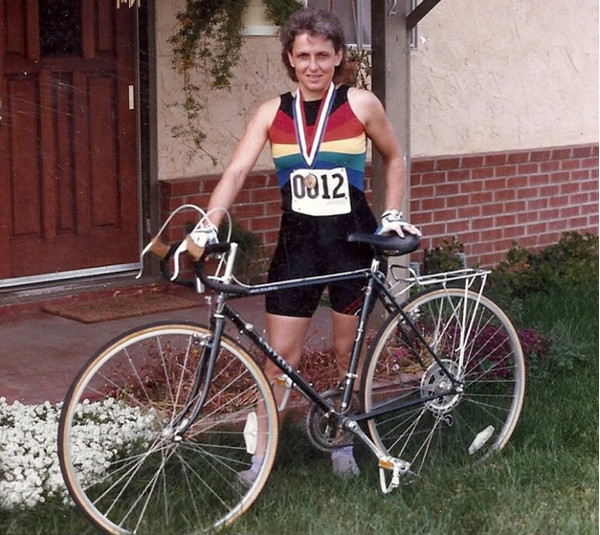 At that time, she concentrated on that dream and put all her energy into achieving it. And so, in 1993, when she was 45, planning the IRONMAN of Canada achieved the first place in her age group and with it, she qualified for Hawai’i. Dream conquered. 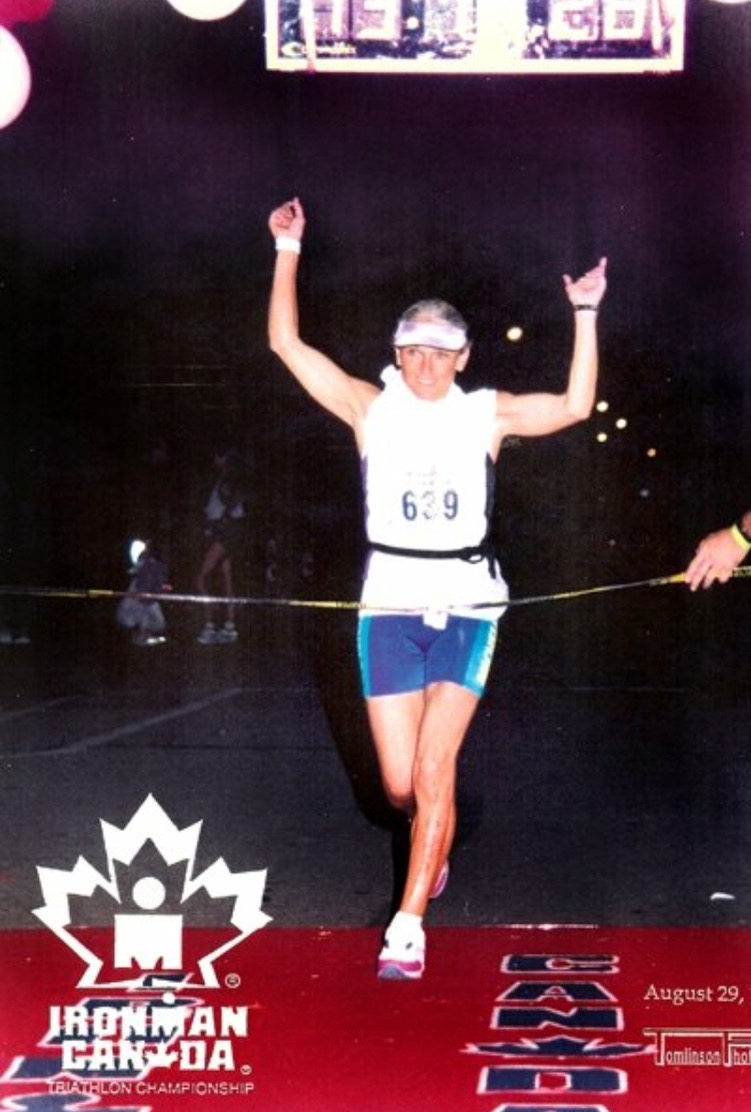 Excited with her sport, she continued competing in it until 1995, when she moved to Coeur d’Alene. At that moment of her life she focused on ultra-running races until 2010 because she could not devote enough time to swimming and cycling, but Dexter needed to remain active, she needed to continue filling each day with new challenges.

But the IRONMAN was following her and in 2010 it arrived to her city and she took the opportunity to participate… as a volunteer. That moment was a moment of inspiration that moved her again to prepare the IRONMAN and qualify for Kona, something she got at home, in Coeur d’Alene, to be ranked first in her age group (65-69 years) in 2012.

Since then her medals increase in each participation in 70.3 or IRONMAN. An example of this is the season that we are currently planning, in which Dexter will take part in the IRONMAN 70.3 World Championship (in South Africa) and her sixth participation in Kona.

Her example has meant that even different brands want to sponsor her as a standard bearer of what an active person with illusions can achieve. Asea is one of her main sponsors and they associate to her their message related to health and a prolonged youth. 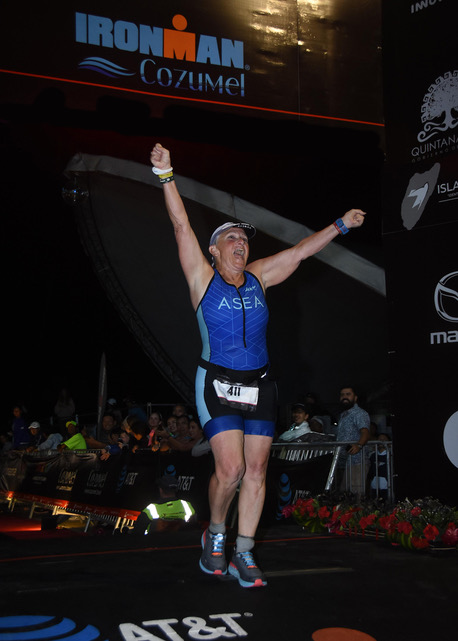 Thanks to her performance in 2017, she was awarded as the first female (AG: 70-74) worldwide in the All World Athlete rank. And for that great accomplishment Dexter was interviewed as soon as she returned from her IRONMAN in Cozumel. Surely, millions of people watching her story must have been inspired to follow in the footsteps of this 72-year-young woman, full of energy and goals to be conquered. 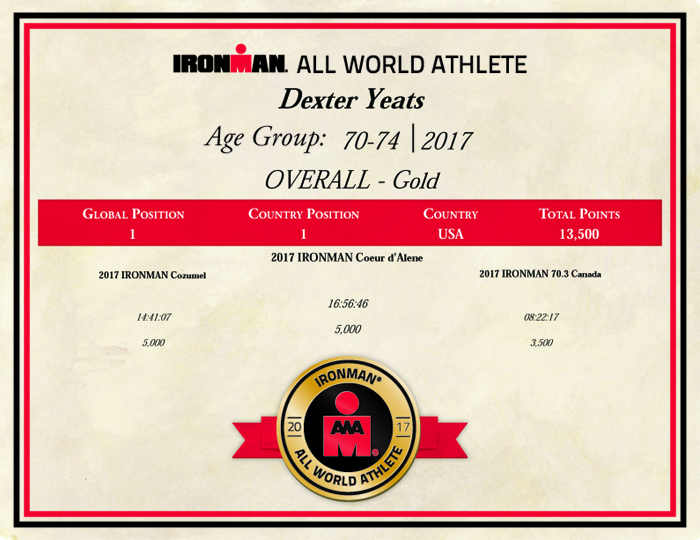 This website uses its own cookies that have a functional purpose and third-party cookies (analytics) that allow us to know your browsing habits to give you better information services. It is important that you accept its use to continue browsing. You can change your settings, disable them or get more information.
Cookies Policy Accept