CHAMPIONS ARE MADE DURING THE OFF-SEASON 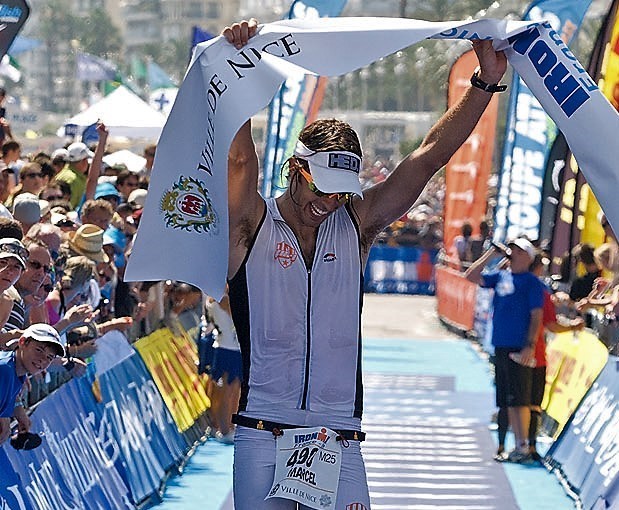 Six in the morning. Chronometer on. The session begins. The organism starts from a balanced state in which the conditions are ideal to face the workout that will be completed. From there, regardless of the athlete we are talking about, training will involve a physical effort, out from the comfort zone and the stability in which the body is while resting.

During all those hours of effort, the demands at the energy, metabolic, nervous and structural levels will cause the fatigue to increase gradually. That is the goal of training: fatigue. The planning has a goal: months and months calculated to link loads that originate inside the organism the need to overcome that state of controlled fatigue (positive) and prepare for the next session.

But, if training (mostly) is fatigue, when does it improve? When is the performance level increased? Interestingly, when it rests. It is at that moment when recovery occurs at all levels. But not a recovery to reach the same level from which it started, but a recovery that slightly increases the previous one that it had at six in the morning, before the chrono started to time. This process is known as: overcompensation.

The adequate link between sessions that produce fatigue followed by calculated rest phases in which to give time to overcompensation is what leads the athletes to gradually increase their level as they discount days in the calendar to achieve the starting line of their A race. That date, your level of performance should be the highest, the highest in all your planning. With that objective, everybody trains.

The “go” signal sounds and the demand becomes maximum. It’s clear that any endurance race requires a sublime effort. Consequence: extreme fatigue at all levels when the competition is finished. Minutes in which joy merges with exhaustion, in which the emotion of having achieved the goal is mixed with the feeling of zero energy in the body. Minutes, however, in which many minds begin to fly to the next challenge thinking: what competition will I do next season?

But it’s time to stop. It’s time to rest. It is time to allow the body and mind a recovery (necessary) at all levels. At the same time, it is the perfect moment so that, thanks to those weeks (and even months) after the end of the A race, it is easier for the organism to assimilate and consolidate what during all the planning it has achieved: increase its performance level.

Therefore it is necessary to reduce the requirement, allow the body to close wounds. It will be months of transition until the beginning of the next season in which the training must be present and well balanced with days of total rest. In this way, the greatest and best overcompensation possible will be achieved, since the organism will thus increase its potential possibilities of surpassing the level reached in the season that ends.

Dave Scott, one of the most important triathletes in history and a great coach at the moment expressed with a sentence the importance of the transition phase (the one that goes from one season to the next): “the champions are made during the off-season”. This makes reference to the fact that it is key to have the training planned in that phase to, on the one hand, assimilate what has been trained to date and, on the other, to achieve that the performance in the following season is even greater than in the past. It is not worth training in any way and it is not worth not training. Those who want to make a leap in their performance should continue to train correctly and should know how to rest at the same time between those workouts.

On the one hand, if after finishing a season the level of high demand is maintained, to absorb and to consolidate the previously training will not be achieved due to the fact that it will reach a state of fatigue that is too long, losing part of what has been improved to date. Coupled with this, when trying to address the most demanding phases of the next planning the body will not be fully prepared, can not give the best of itself because of the lack of a period (necessary) of less intensity. As a result, recoveries will be worse and the chances of pushing up the performance level will be much lower. The accumulated tiredness caused by a deficit in the rest can even reach the worst scenario: overtraining.

The other extreme will also be true: if absolutely nothing is trained during the transition phase, practically all of the adaptations, of the improvements, will have been lost and with that will start from the same starting point as in the previous season.

So, the middle term will be the answer. It will become essential to do strength training to consolidate functional structures (joints, tendons, ligaments and bones) and also gain a higher level of strength based on personalized planning that addresses the key points that each athlete needs to improve

At the same time, combined sessions of high intensity (very short) and low intensity (regenerative) will be fundamental to grow. In addition, other kind of stimulus that are not the usual ones, practicing sports different from the specific one of each person, will also be positive both physiologically and mentally because the change of activity will be an attraction and a new incentive.

In conclusion, to make the next season better than the current one, at the end of the last main competition, in addition to increasing rest, plan your training in a personalized way so that the transition phase that goes from one season to the next, performance start pointing up for the next challenge you dream of.

This website uses its own cookies that have a functional purpose and third-party cookies (analytics) that allow us to know your browsing habits to give you better information services. It is important that you accept its use to continue browsing. You can change your settings, disable them or get more information.
Cookies Policy Accept